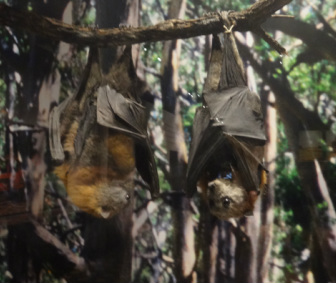 Fruit bats, also known as flying foxes are everywhere in Cairns, Queensland. The picture to the left is a stuffed Fruit Bat at the Australian Museum.

Right next to our hotel there was a large park filled with Fig Trees where the bats would roost. All day they would fan themselves from the heat, sleep and get in a scuffle with a neighbouring bat over the limited space!

At dusk, the skies would come alive with the bats circling the skies... now it was pretty amazing but I will say... when you have a bird flying over your head what do you worry about it doing on your head? ...Imagine THOUSANDS of bats! 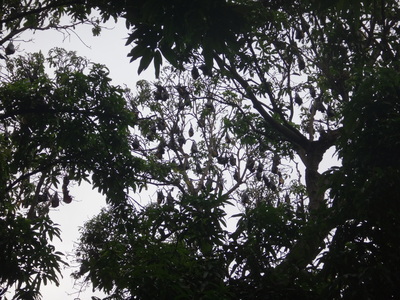 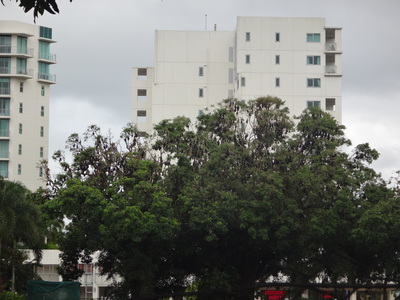 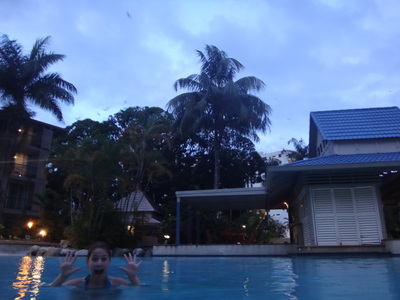 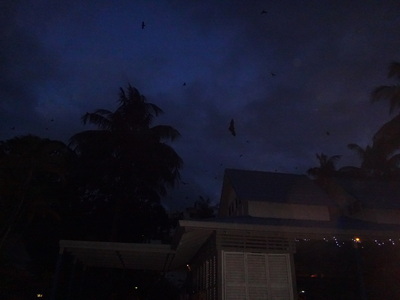